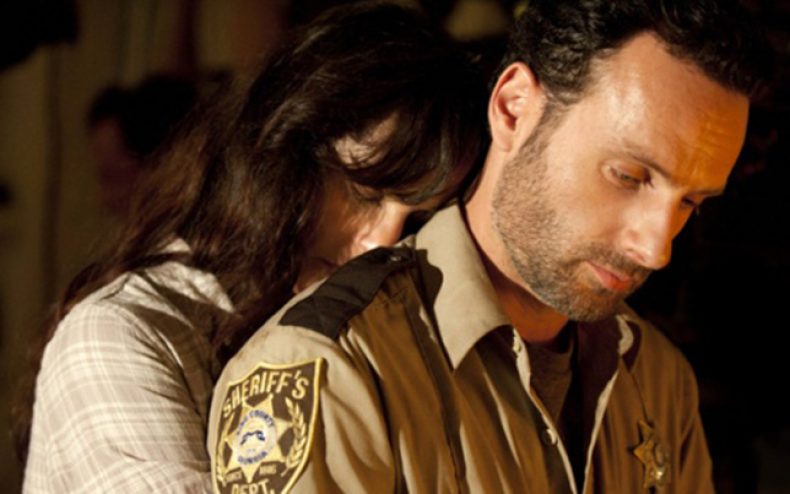 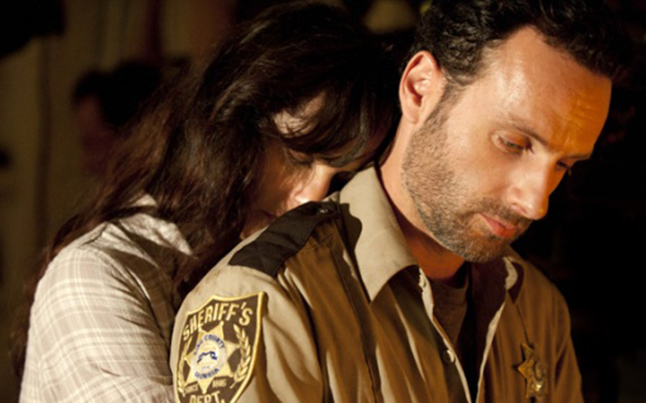 Could Rick Grimes have a new romance in season 4 of The Walking Dead? This very question was brought to his attention during a recent interview with TV Line.

During season 3, Rick Grimes, played by Andrew Lincoln, had to stomach the loss of his dear wife Lori, played by Sarah Wayne Callies. Lori had died during season 3 while giving birth to their daughter Judith.

The death of Lori is still pretty fresh as it happened just this past season, and so you wonder could Rick actually be ready to move on from the women he married? Andrew Lincoln had the following to say during the interview.

“I think that there has to be some kind of mourning time. I don’t think he’s able to engage at all on that level at the moment. I wouldn’t rule it out though.”

He then added this while laughing.

“I think Sarah Wayne Callies would be phoning me deeply upset if anything like that would be happening in Season 4.”

There is a question of time as well, how much time does one need, and how much time will pass between the death of Lori, and when season 4 picks up again this fall. Also, how would Carl handle the fact that his father is involved with another woman? We know that Rick loves Carl deeply, and will do anything in his power to protect him, so to me it seems that Rick would avoid getting involved with someone for the sake of Carl.

However, as a lot of us know, you cannot always control love. Many people in which we have fallen in love with during our life simply just happens, and before you know it, you realize that you have fallen. This may be the case for Rick as well, however we will have to just wait and see how season 4 plays out.

A big fan of The Walking Dead television series. In my spare time I enjoy blogging and simply hanging out. Oh and lets not forget, Go NY Giants!
You might also like
Andrew LincolnLori GrimesTV Cast