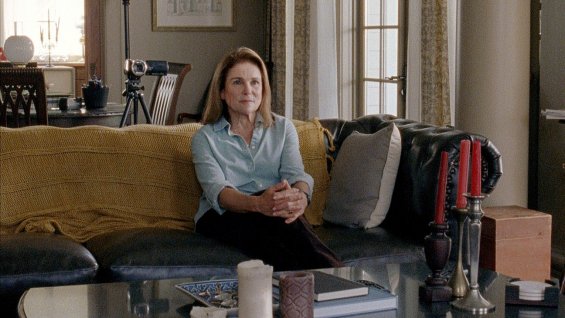 In last night’s episode, “Remember,” we were introduced to Deanna Monroe, the leader of the Alexandria Safe Zone. She might be familiar to comics readers, but there’s a twist.

Deanna’s backstory is essentially the same as the character from the comics. She’s a former Congressperson from Ohio. The difference is in the gender. The character in the comics was named Douglas Monroe, and was a man. 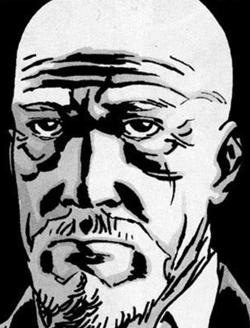 The show also seems to have possibly written out a key background figure in the comics storyline, Alexander Davidson, the original leader of Alexandria and the one who invited Douglas to come there. Douglas had to take over the safe zone, fake Davidson’s death and secretly exile him because he was such a bad leader and abusive to women. In the show, however, Deanna just says the military invited her to Alexandria.

It’s possible that the gender swap will also rule out a major subplot dealing with Douglas’s philandering and his wife, Regina. In her interview with Rick, Deanna seemed to speak of her husband, Reg, in the past tense, implying he was dead or no longer in the safe zone. This could be a hint we’ll see different pacing of the Alexandria storyline than in the comics.

Deanna is portrayed with icy efficiency by Tovah Feldshuh, who said in Entertainment Weekly she was told her character was originally male, but made a point of not reading the comics.

“I knew it was a man but I didn’t want to read the comics because I don’t want to know if she dies and when she dies. Because I just assume (I’ll) be on this series for years to come. I want to have a long life on this series,” Feldshuh said.

Feldshuh told The Boston Herald that she specifically modeled Deanna on Hillary Clinton. It’s interesting to note that although Deanna doesn’t seem to reveal her political affiliation, Douglas is expressly a Democrat in the comics. Feldshuh was also helped by her experience playing late Israeli Prime Minister Golda Meir on Broadway in Golda’s Balcony.

Feldshuh explained Deanna’s motivations as she sees them and why she needs Rick to The Hollywood Reporter.

“She’s the brains. She’s the civilized and intelligent and needs bodies and the brawn and that’s why she wants Rick and his band of interesting characters to come into her compound but not without being vetted first. She needs the muscle and feels that together, Rick can give me safety and she can give him culture — a napkin on his table, a shower and a roof over his head and some relief from fear. As long as these people are not hoodlums — as she says in the episode. [Deanna and the people of Alexandria] had a bad experience before and people have to be vetted and she’s meticulous and thorough about doing that. She was in the U.S. House of Representatives from Ohio and led a community before this. She is an evolved humanist and Rick is an evolved humanist in his how way. The fact that they were starving and didn’t eat and kill each other was a big one for Deanna observed at the end of their tenor. They never turned in and started to eliminate the weak. … Deanna is here to engender hope of resurrection of civilization,” Feldshuh said.

Finally, she hinted that there’s tragedy in the offing when asked if the three people Deanna exiled from Alexandria will cause future problems.

Scott Gimple Discusses TWD Midseason Finale And What Awaits In February
Be the first to comment!
Leave a reply »