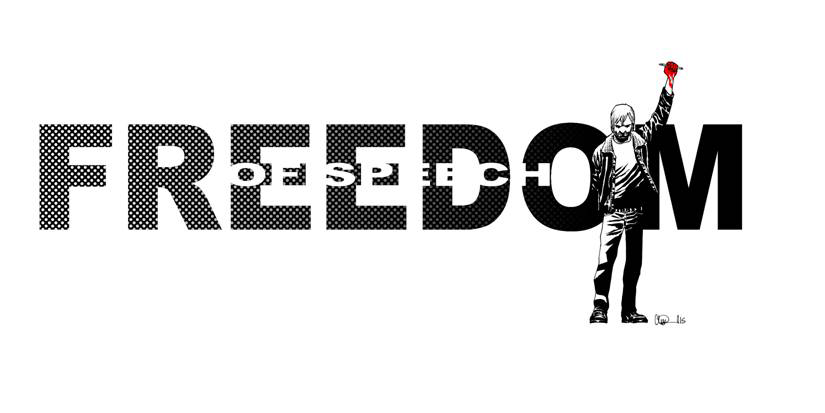 The Walking Dead comic artist Charlie Adlard just released this powerful tribute to the cartoonists at French satire magazine Charlie Hebdo, where 12 staff members were killed Jan. 7 by extremists offended by the magazine’s cartoons about Muslims and the prophet Muhammad.

Adlard’s stark statement features the words “Freedom of Speech” and the comic book version of Rick Grimes holding up a pencil, which has become the symbol of support for the cartoonists following the attacks, in his one good, bloody hand.

Adlard made the image for a Hollywood Reporter tribute, which also features images from the Family Guy team and The Lego Movie’s directing and writing team Phil Lord and Christopher Miller.

Below is a closeup of Rick from the image so you can get a better look at the details. 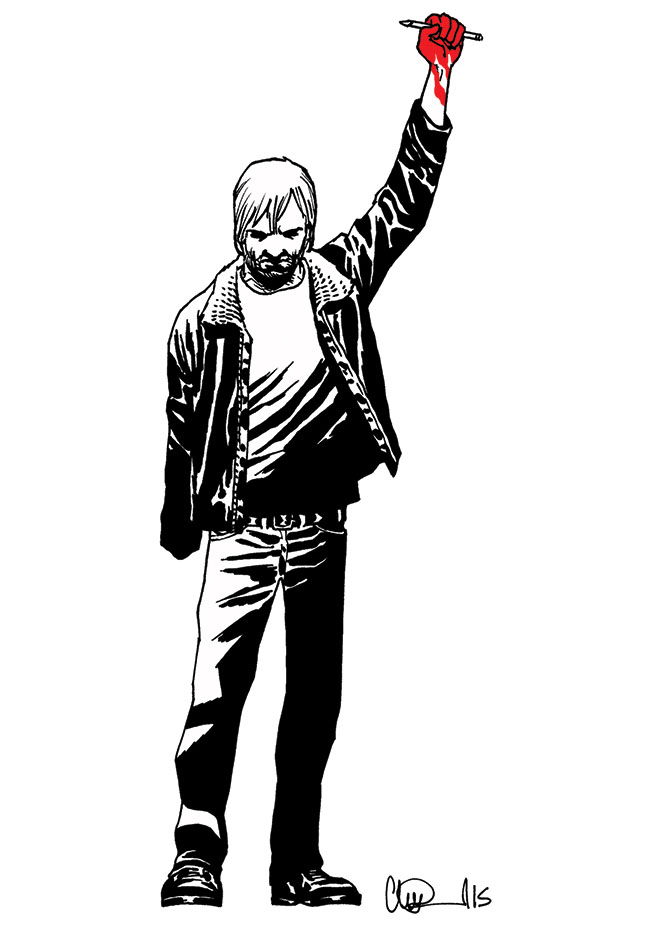