The Walking Dead Ratings Down Against SNL Special 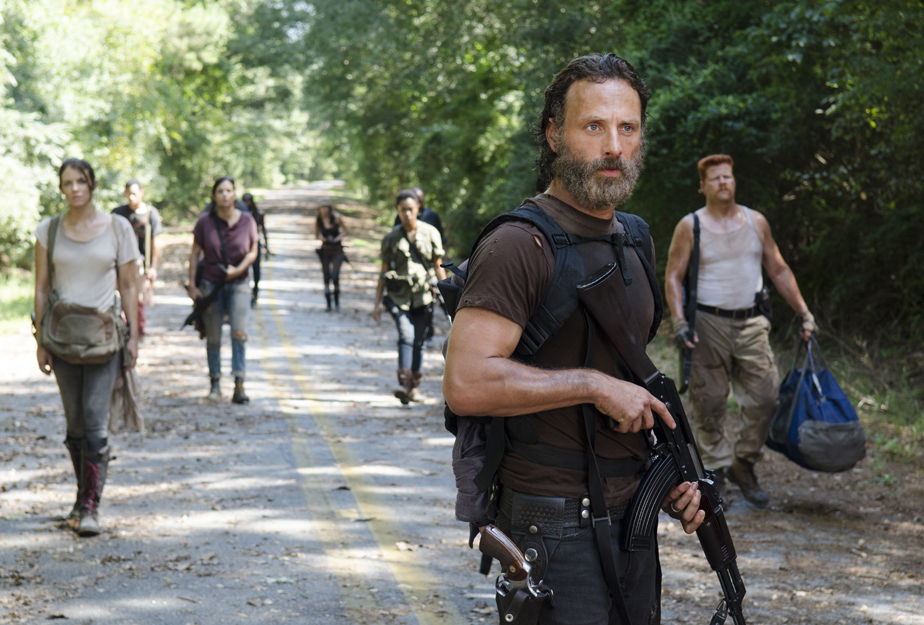 Look, let’s face it, “Them” boiled down to 43 minutes of people stumbling around and crying. That doesn’t mean it was a bad show, but it’s understandable that people might look for more light-hearted fare.

And look they did, with The Walking Dead getting walloped in the ratings by the Saturday Night Live 40th Anniversary Special. The grim tale of worm-eating, dog-eating, religion-losing, egregious baby laziness and meeting L.L. Bean models that was “Them” was down 22 percent from the mid-season premiere, according to Deadline.

“Them” had 7.9 million viewers in the key 18-49 demographic, compared to 10.68 million for the SNL special. Overall The Walking Dead had 12.3 million viewers, down 22 percent from its 15.8 million viewers last week. The SNL’s special’s overall viewer total was 24.32 million.

Of course, the SNL special was indeed a special once-in-a-lifetime event, so there’s no reason to get gloomy. Unless you watched “Them” and were depressed by it. But as Deadline points out, WD easily beat the Sochi Winter Olympics this time last year.

Next weekend The Walking Dead has the Oscars to draw people away, but after that it’s smooth sailing for ratings dominance for the rest of the season, according to Deadline.