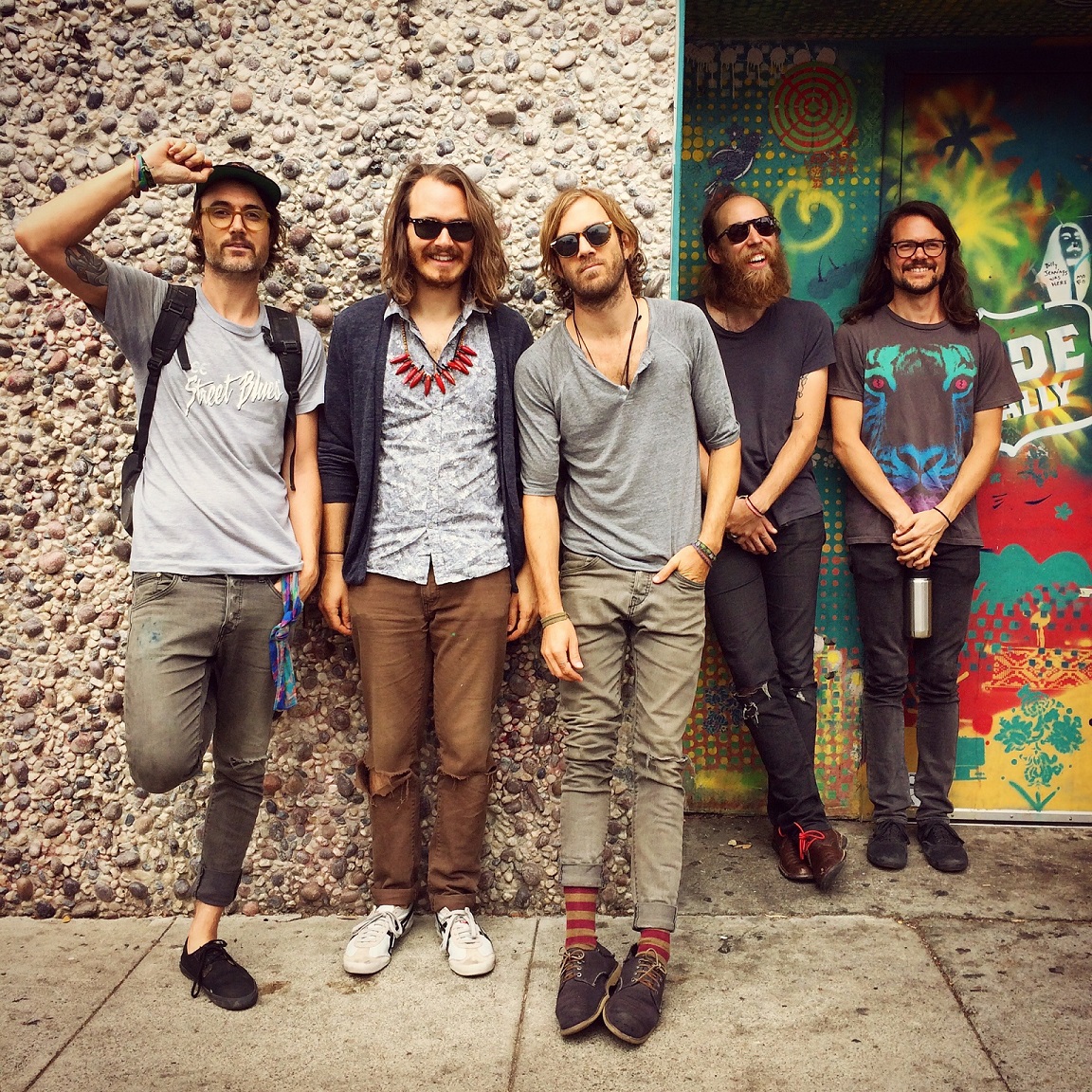 An often underlooked aspect of The Walking Dead is the amazing music the show uses to punctuate or underscore scenes. Far from just dropping in the flavor of the month, the show’s music supervisors reach deep into classic and indie albums to find just the right band and just the right song.

Walkingdeadforums.com recently spoke with one of these chosen bands, Kiev. Kiev’s song, “Be Gone Dull Cage” was prominently featured in “Slabtown” as Beth Greene adjusts to her new world at Grady Memorial Hospital.

Robert Brinkerhoff, singer and guitarist for the Orange, California group with an eclectic sound that defies pigeonholing, said it was an honor to have their song chosen for the show.

“We immediately jumped on the opportunity to work on it,” Brinkerhoff said.

“Be Gone Dull Cage,” featured on Kiev’s first full album Falling Bough Wisdom Teeth, is a smooth, introspective song that Brinkerhoff describes as a meditation on “being at the threshold of change.”

It was inspired in part by band members who saw people they loved suffering from problems like early dementia, so there are feelings of fear, loss and wonder wrapped up in the meaning of the song that Brinkerhoff speculates might have inspired The Walking Dead’s music supervisors to use it to accompany Beth’s journey.

Getting the song in the show was a much more involved process than simply agreeing to let The Walking Dead use it. The show’s music supervisors wanted a special version of the clip they used and worked with the band to produce it.

Because the scene it would be used in was secret, the band was never shown a clip of the scene, although they were given an audio track to work with so they could hear how everything would sound together.

Instead, the music supervisors described the feeling they wanted, that of someone waking up in a new world with feelings of displacement, confusion, and a bit of comfort, and how they would like the sound to be different to fit the scene.

“They definitely wanted something tailor-made for the show,” Brinkerhoff said.

The band went back to their recording studio and mixed the new version based on input from the music supervisors. They found they liked the new undercurrents that were added.

Derek Poulsen, the group’s bass player, said the band first saw the finished product along with everyone else, when the show aired. The group gathered together for the premiere.

“It was really cool to see it all in one piece. I was surprised by how almost featured it was,” Poulsen said.

When the show aired the band immediately began getting contacted by family, friends and fans. They also shot up the Shazam charts for that week as fans used the app to find the song, and their YouTube video for “Be Gone Dull Cage” started seeing a deluge of new comments from people who had heard the song on the show. Poulsen said it goes to show how much influence a show like The Walking Dead has.

Brinkerhoff said the attention has definitely opened new doors for the band.

“We’ve been exposed to a brand new audience and had far greater reach than we’ve ever had,” he said.

It’s also a feather in Kiev’s cap to be featured on a show like The Walking Dead along with the other influential artists whose music has been used.

“It’s sort of like a validation. You are among this cool group of Walking Dead artists,” Brinkerhoff said.

And since the band are The Walking Dead fans, it was also neat to be featured on one of their favorite shows, said keyboardist and saxophone player Andy Stavas.

“It was really cool, being a fan,” Stavas said.

You can find out more about the band and its music at kievband.com. Their music is available on iTunes and other services and you can also find them on Spotify. If you want something a little more low-tech and collectable, the band is also selling a vinyl version of Falling Bough Wisdom Teeth.

The band is now headed back to the studio and is working on new music to be released some time in 2015.

Taking a Minute to Slow Down and Enjoy Titanfall's World

The Walking Dead Soundtrack?
Be the first to comment!
Leave a reply »