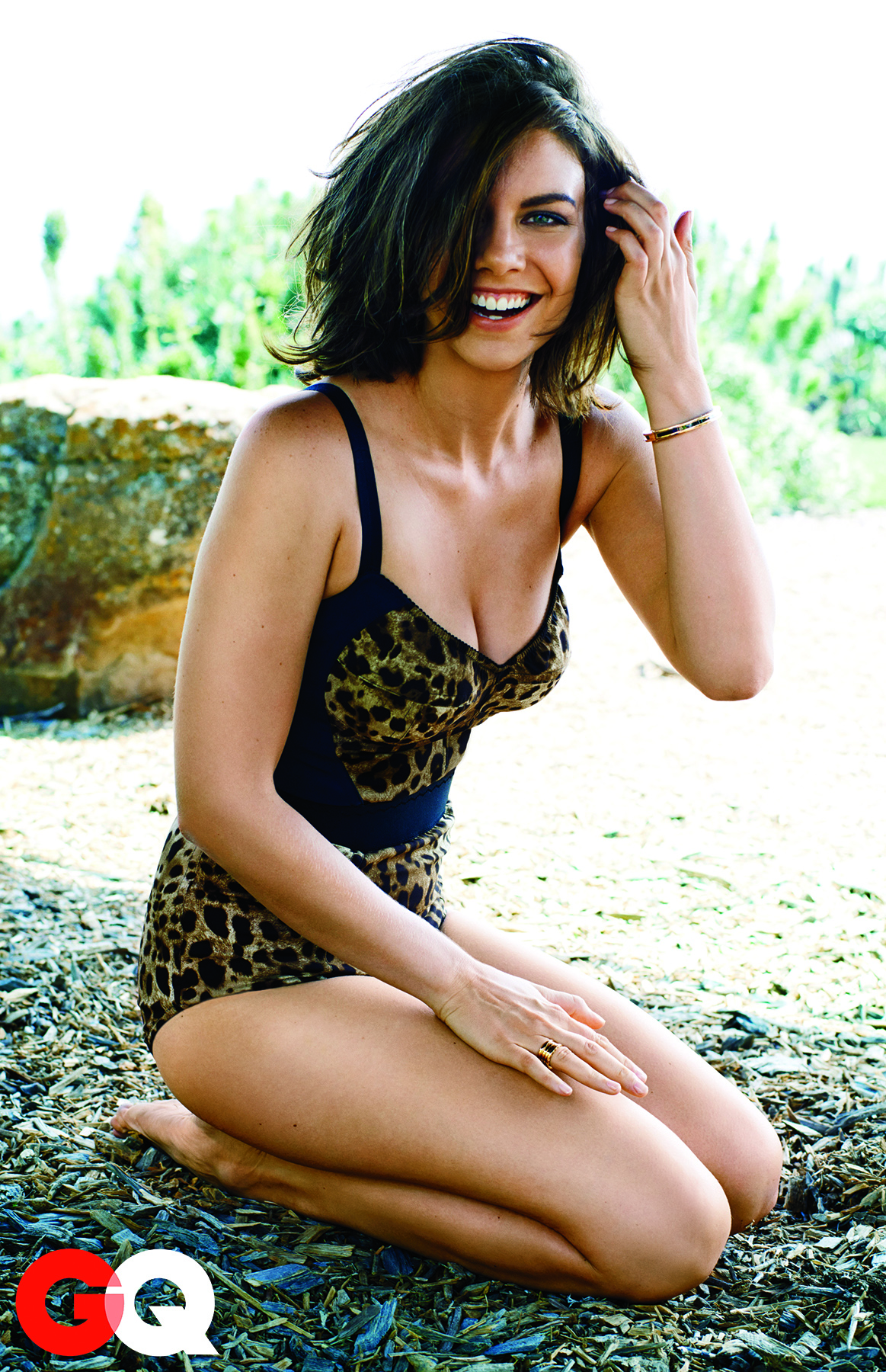 This photo is just one from her most recent photo-shoot with GQ. There are also some words next to it. In case you’re too stunned to read ’em when you get there, the upshot is she had to dial in Maggie’s southern accent, that she fantasizes about retiring on ranch in Montana, that she sometimes says “flipping” instead of the other f-word and that’s because she’s trying not to curse so much.

“I never realized how much I actually curse until I read a couple of interviews, and I was like: You need to find a different word,” Cohan.

Either way is flipping fine with us, Lauren. Check out the rest of the pics here.