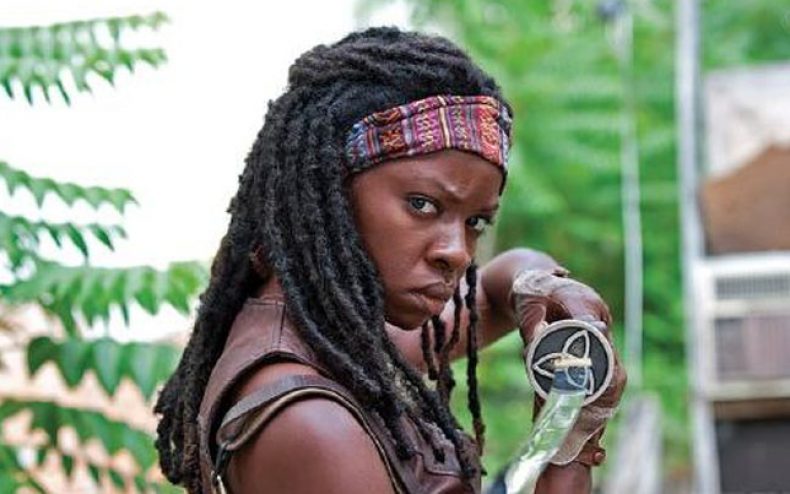 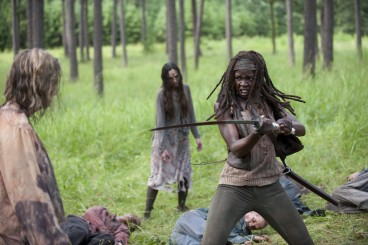 Your favorite she-devil with a sword made a recent TV Guide list of the greatest action heroes.

Danai Gurira’s Michonne comes in at number nine on the list, between David McCallum’s Illya Kuryakin from The Man From U.N.C.L.E. at ten Jensen Ackle’s Dean Winchester from Supernatural at nine.

Of course, The Walking Dead fans are likely to think she got robbed with anything less than number one. That honor actually went to Kiefer Sutherland’s Jack Bauer from 24. Methinks the contest is a bit rigged however, note that it’s the “24” greatest action heroes and meant to coincide with the new show 24: Live Another Day.

Michonne’s entry is accompanied by this quote about her by Executive Producer Gale Anne Hurd.

“By definition, an action star kicks ass almost effortlessly and is a master strategist — the kind of person you’d want by your side in the zombie apocalypse. Having produced a number of films with strong female leads, I can say Danai portrays her with a perfect balance of strength and grace,” Hurd said.

No other The Walking Dead survivors made the list, I guess they figured allowing more than one wouldn’t be fair.