Michonne To Be Played By Danai Gurira In Season 3 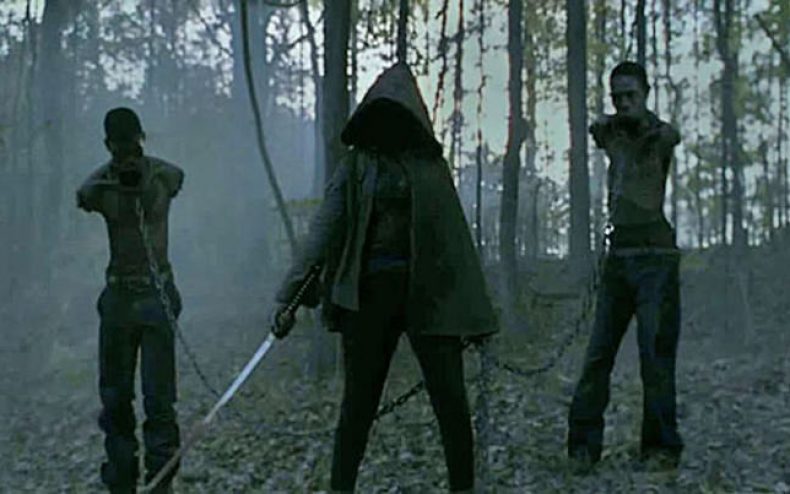 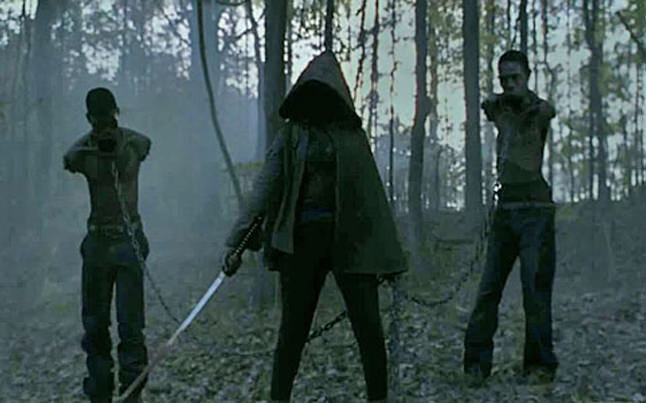 AMC’s season finale of The Walking Dead went out with a bang Sunday night. We lost some characters but were introduced to one of the most bad ass character in the comics, Michonne. Michonne is a fan favorite who is well known for her appearances in the comic book series, and we can expect fans of the television series to also make her a favorite.

Actress and playwright Danai Gurira has been cast as the katana wielding warrior Michonne for the 3rd Season of The Walking Dead. THR was informed by executive producer and comic book creator Robert Kirkman that the actress wasn’t cast until last week and she’ll be going through “extensive” training to prepare for the character’s upcoming sword scenes. Michonne first appeared in issue 19 of the comics towing two armless, jawless zombies in shackles Very similar to her first appearance at the end of Episode 13. Michonne’s introduction to the TV series will be huge. So huge in fact that Creator Robert Kirkman and artist Charlie Adlard have come up with a mini origins comic for an issue of Playboy Magazine expected to be released in April. 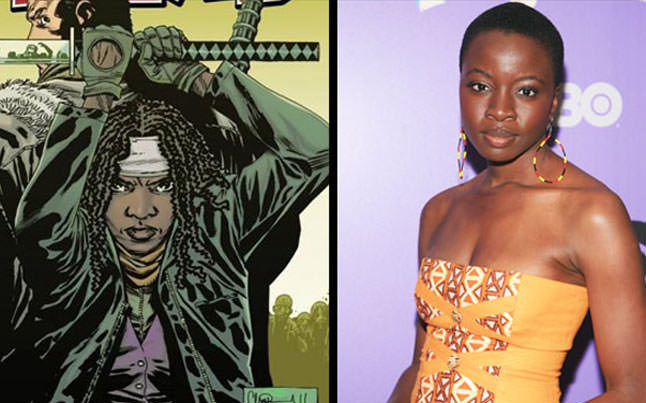 The Hollywood Reporter also conducted an interview with Robert Kirkman About Michonne.

THR: Did she happen to audition with a sword or two?

Kirkman: (Laughs.) We were careful not to have the auditions be too dangerous, so we kept the swords out of the auditioning process. She’ll be going through extensive training to make sure she doesn’t accidentally cut somebody before cameras start rolling in early May.

THR: There were some rumors late last year that True Blood’s Rutina Wesley (Tara) could play Michonne. Was she ever in contention for the role? How many actresses were you looking at?

Kirkman: It was a lot of actresses. The True Blood actress, I don’t know that she was even available; I think she’s still on True Blood. I don’t know where that rumor came from but to my knowledge, she was never involved.

THR: You’ve done this six-page origin story for Michonne, revealing more of where she was at the onset of the outbreak. Are you interested in telling her back story on the show as a way to fill in people who aren’t familiar with the comics?

Kirkman: The Michonne origin is something that is not that unknown. The story in Playboy shows it for the first time and goes into a bit more detail but these are all things she’s discussed in the comic book series. A lot of that stuff is out there. I’m not really a big fan of going too far into the back story; I’m more interested in telling stories going forward. Michonne is infinitely more interesting if there’s a lot of mystery surrounding her. That’s the way we’ll be doing things in the show.

THR: What was her response to landing the part?

Kirkman: As I understand it, Danai is thrilled and very excited to be a part of the show and is waiting to get to Georgia and start filming.

THR: Had you seen her work in Treme before she auditioned?

Kirkman: Absolutely. I’m a huge David Simon fan. It’s a great show and she’s been great on it.

I was not a big fan of them rushing her into the season finale of Season 2, but when she showed up on screen all I could think was “That was BADASS!” I don’t know about you guys but I am stoked that Michonne is here and cannot wait for Season 3 of The Walking Dead.

Big fan of all things Walking Dead. From the comics, to the games and of course, the TV show. Also a huge movie nerd. I Love Sci Fi and adventure movies but will pretty much watch anything.
You might also like
Danai GuriraMichonneTV Cast