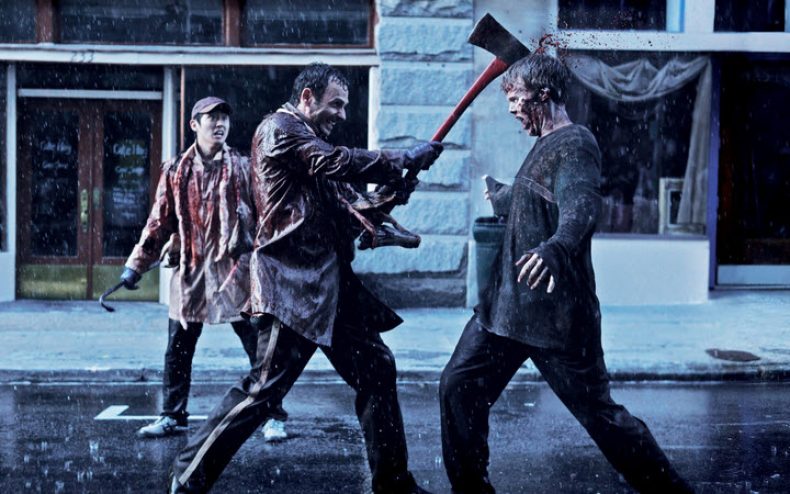 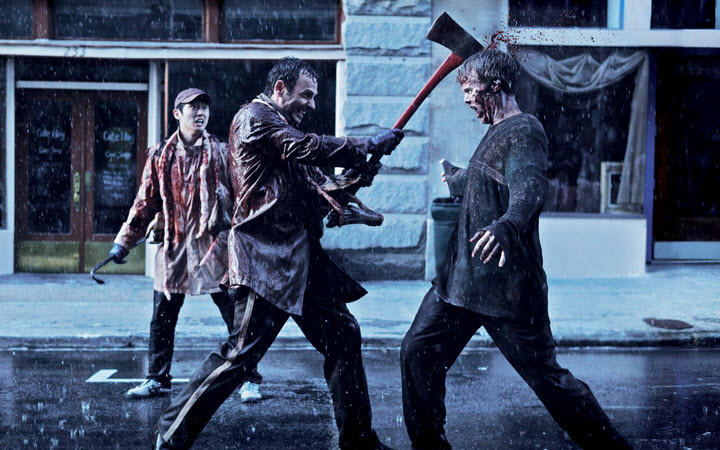 If there is an episode of the The Walking Dead where the name of the episode sums up the show, then “Guts” takes the pie.  The episode “Guts” shows off some of the action the team is bound to run into and they run into a lot of action, especially zombie action.  Rick finds himself trapped in Atlanta with zombies everywhere, but soon finds out that he is not alone.  In the “Guts” episode Rick finds some of the other soon to be main characters that end up saving him from the hordes that are surrounding him.

While he is most likely happy that he has been rescued, he soon finds out that the group of survivors blame him for his stupidity as his careless moves has attracted hundreds or thousands of zombies to their location.  As they find a way to escape they building they are trapped in, they find the only way out is up.  While on the roof in the episode “Guts”, Merle begins to loose his cool and the group is forced to take him and handcuff him to the rooftop.  When they get ready to leave, T-Dog, who has the key to the handcuffs, drops the key into a drain and is forced to leave Merle behind.

Finally at the end of “Guts” they make it to the street using an escape stairwell and are able to safely make it out of Atlanta where they being their trek back to the camp.  Merle is left on roof with no place to go and no way out, but luckily for him T-Dog was able to chain the door that leads to the roof which will hopefully keep him safe. “Guts” is an episode that you cannot miss!

Big fan of all things Walking Dead. From the comics, to the games and of course, the TV show. Also a huge movie nerd. I Love Sci Fi and adventure movies but will pretty much watch anything.
You might also like
AtlantaGutsTV Series