Report Says The Walking Dead Companion Series Will Be Set in L.A. 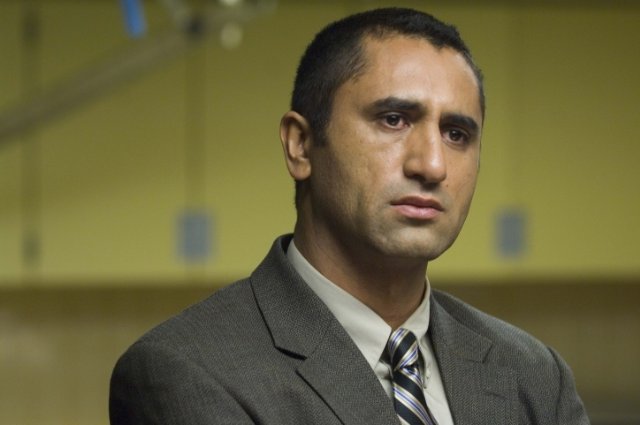 Those of you hoping to see how walkers would deal with a cold climate or how the ZA went down in other countries can keep hoping if a new report from TVLine is accurate. According to the report, the companion series will be set in good old Los Angeles, California.

TVLine wasn’t sure if this meant the show, still operating under the code-name “Cobalt,” would actually be shot in L.A. or if it would be filmed in one of the common and cheaper L.A. stand-ins, like Vancouver. But the pilot will be filmed early next year.

We have to admit a little disappointment on hearing the news. It’s not like L.A. is an especially unique and original locale to set a show in. But we’ll give it the benefit of the doubt and see how it works.

Cliff Curtis, who you might remember for playing Pablo Escobar in Blow, Smiley in Training Day, Agent Dax Miller in Missing or Javier Acosta in Gang Related, has been cast as the male lead for the the show.

New Zealander Curtis often plays tough or dangerous characters, but in the pilot he will be a divorced teacher, described as a “good man trying to do right by everyone in his life,” who is paired with a female guidance counselor as they try to survive the walkers.

No casting announcement has been made for the female guidance counselor, but she will have two children played by Frank Dillane (Harry Potter and Half-Blood Prince) and Alycia Debnam Carey (who co-starred in Into the Storm with The Walking Dead alum Sarah Wayne Callies). Dillane’s character is unfortunately saddled with a drug problem during the apocalypse. Carey’s character is described only as “ambitious.”

It has to be noted that The Walking Dead producers routinely use fake character descriptions to throw spoiler hounds off the scent, so these might not hold true when the show airs.

Two Cast For The Walking Dead Spinoff
Be the first to comment!
Leave a reply »