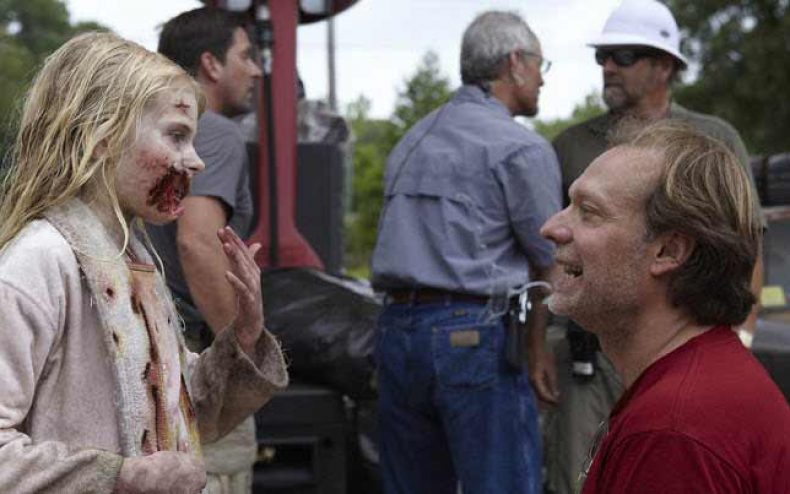 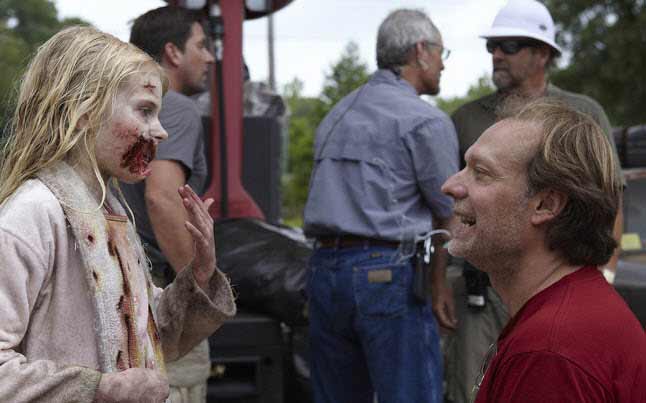 Greg Nicotero who is the well known zombie expert, and Emmy winning special effects artist, has received a promotion by AMC with his role in The Walking Dead. Nicotero will now be known as a co-executive producer and join the ranks of Robert Kirkman and Gale Ann Hurd. Kirkman is known for the comic book series that is the base for the television show while Gale is known for her roles in both “Aliens” and “Terminator”. Greg who just recently won an Emmy for his role thus far in The Walking Dead, will now have some extra and added perks.

Nicotero will now be directing at least one episode of the second season as well as direct a web series that is based on the hit zombie series. The web series, or webisodes, will be released October 3rd and tells the origin story of “Bicycle Girl,” the infamous “walker” from Season 1, as she struggles to survive and protect her family as the world begins to fall apart.

“Greg’s talent extends well beyond the word of special-effects makeup. He is also a truly talented director and has an incredibly comprehensive understanding and appreciation for great storytelling. His knowledge and respect for the genre is unparalleled, and we are looking forward to expanding our relationship with him with an eye towards developing more great original series.”

Greg Nicotero has been doing make-up and special effects for over 25 years and this expanded role will only serve the series.

A big fan of The Walking Dead television series. In my spare time I enjoy blogging and simply hanging out. Oh and lets not forget, Go NY Giants!
You might also like
AMCGale Ann HurdTV Crew