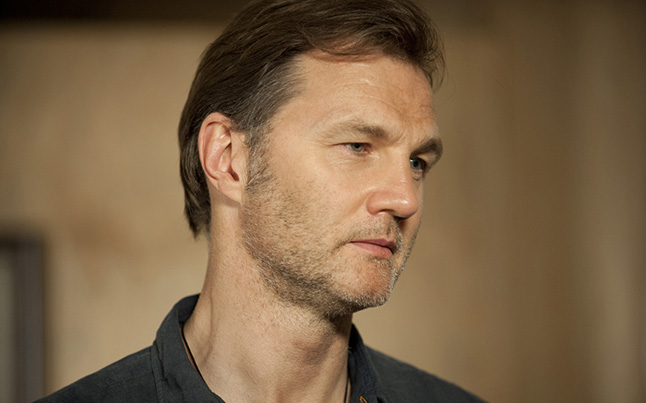 David Morrissey, who played The Governor, recently said that all the booing that he hears from fans is really a good thing, and that he honestly takes them as a compliment.

When he hears the boos he feels that he did a good job at playing the role of The Governor, and the fans are just reacting to that.

“My fanbase in America has really grown, and I love that – they’re very vocal fans, and amazing and I find it so heart-warming to be amongst them – even though they boo me because I’m the villain! But that means I’m doing a good job.”

The Governor has been a pain for Rick Grimes and the people he protects. The season 4 mid-season finale ended with him killing the beloved Hershel Greene, which has really upset fans near and far.

“I’m on Twitter so I get messages from South America and the Far East, Europe and everywhere, all over the world.”

There was some redemption though as The Governor was eventually shot by Carl Grimes, and was finished off by Michonne when she stabbed him through his chest with her sword. The Governor may be gone, but his mark on fans will remain for some time.

The Walking Dead will continue season 4 this February when the show picks up after the final assault on the prison. The group must now abandon the prison, and look for a new place to start again.

A big fan of The Walking Dead television series. In my spare time I enjoy blogging and simply hanging out. Oh and lets not forget, Go NY Giants!
You might also like
David MorrisseyHershel GreeneTV Cast