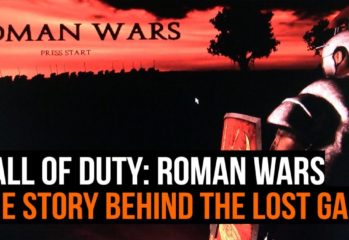 by Peter Paltridgeon 07/05/2016
Seeing how the Call of Duty franchise has drifted into the future in recent years, it’s interesting to hear of an alternate take that would have taken it further into the past. GamesRadar reports that a COD game was once in production in the latter half of the previous decade called Call of Duty: Roman […]

How Destiny Players On Last-Gen Consoles Can Make The Leap

by Peter Paltridgeon 06/27/2016
If you’re still playing Destiny on the Playstation 3 or XBox 360, you’re running on borrowed time. When Bungie introduced their next expansion, Rise of Iron, at E3 they also confirmed that support for most events in the game would be dropped on last-gen consoles. This doesn’t include everything, but might as well: access to […]

by Peter Paltridgeon 06/22/2016
E3 is over, but Electronic Arts wants to keep the upcoming Battlefield 1 fresh in your memory by stoking your interest in the franchise. That’s why they’re giving away DLC content from the last Battlefield game, Battlefield 4, for free. As of today you can get the Second Assault expansion by just downloading it for […]

by Peter Paltridgeon 12/29/2015
It’s not too late to enter the Sparrow Racing League event! …..oh wait, it actually IS too late, my bad. That event is closed, and no one knows if and when it’ll return. But another event HAS returned in its place: Iron Banner! The multiplayer event starts again today and lasts for an unspecified time. […]
1 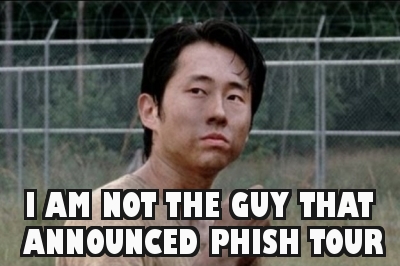 by Peter Paltridgeon 11/12/2015
Activision was proud to announce today that so far, Call of Duty: Black Ops 3 is their best-selling title in the history of COD, bringing in $550 million after being out for less than a week. The thing about Activision’s figure is that it’s difficult to determine what they’re counting as a sold game. Black […]
1

Black Ops 3 Scores A Solid B From Critics

by Peter Paltridgeon 11/06/2015
The reviews are out for Call of Duty: Black Ops 3. They’re not glowing, but they’re not horrible either. Most agree the game, though not perfect or in any way revolutionary, is worth your time and money. Arthur Gies of Polygon gave it a 7 out of 10 score and felt its futuristic trappings were […]

Amazon Will Deliver Black Ops 3 To Your Door At Midnight, Under Certain Conditions

by Peter Paltridgeon 11/05/2015
Many game retailers are holding midnight parties tonight, with the intent of selling Call of Duty: Black Ops 3 the second the calendar switches over to November 6. But if you bought Black Ops 3 through Amazon, you may still be able to receive your copy at the same time. No, not by drone, but close. […]

by Peter Paltridgeon 11/04/2015
You might be wondering why AAA studios like Activision continue to port their latest games to decade-old consoles like the PS3 and 360 despite the increasing amount of sacrifices they have to make to get them running. This latest survey released by the company should give you a hint: they still register at least 12 […]

Official Black Ops 3 Mod Tools Are Coming, But Not Until 2016

by Peter Paltridgeon 11/02/2015
If you’re a PC gamer and you enjoy messing with mods, there’s good news: the practice has Activision’s full approval. The bad news is that you’ll have to wait a while. The game publisher and Treyarch, developer of Black Ops 3, confirmed their plans today. Mod tools for Call of Duty: Black Ops 3 will […]